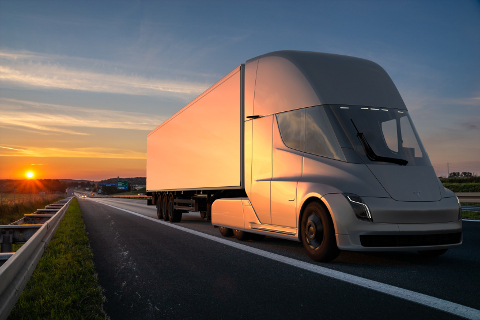 Autonomous Vehicles: The Future of the Transportation Industry?

Autonomous vehicles can range from having no automation to being fully automated. The six levels of automation are:

When it comes to self-driving cars, there is bound to be hesitancy. Without a driver, accidents could happen pretty easily, right? Actually, the opposite is true. People tend to make mistakes, but Artificial Intelligence (AI) makes far fewer, making autonomous vehicles safer.

Autonomous vehicles also have cost saving potential. Following the logic that autonomous vehicles are safer, it stands to reason they will be in fewer accidents — and that means crash-related costs for both consumers and businesses will decline.

There are also time-saving benefits. Instead of truck drivers having to stop due to hours of service regulations, autonomous vehicles are able to drive all day and all night. This means faster delivery times and potentially less congestion on the road during daytime hours.

Embark has created hubs across America that allows their cars to deliver safely in any weather and has already done business with some of the Fortune 500 companies.

Daimler was one of the first companies to see the potential in autonomous trucks back in 2014. They are already adding autonomous features to their products, which are promoting safety and efficiency for the future of transportation.

Waymo, a company that has been exploring autonomous capabilities since 2017, has developed Waymo Via, an autonomous truck. They are currently testing their vehicles with local deliveries in California, Arizona, New Mexico and Texas.

Volvo has recently developed their first fully automated truck and has plans to further truck innovations in the future. Their vehicles are designed for short-distance, large-cargo moves, and delivery precision between hubs. This short-distance travel would pair perfectly with rail solutions, allowing for first- and last-mile pick-up and delivery by truck and economic and environmentally responsible shipping via rail for the long haul.

Tesla has been an exciting innovator for autonomous vehicles, dropping the Semi, an electronic semi-autonomous truck with enhanced comfort and safety.

All of these companies are working with cutting edge technology to deliver the future of transportation sooner than expected. While these trucks have not been used commercially yet, it’s not unlikely they will be within the next few years.

When autonomous vehicles hit the market, does it mean all freight will eventually be shipped by truck? While autonomous trucks may lower trucking costs, rail will still be an important shipping option. For one, U.S. roadways are already congested as it is; the infrastructure simply couldn’t handle it if all freight shipped by truck. Just as they do now, railroads play an important role in reducing highway congestion by allowing shippers to move large volumes of freight (up to 300 truckloads per train) on a privately owned network. Because railroads are responsible for maintaining their own infrastructure, they reduce wear and tear on roadways and as a result, reduce the burden of highway upkeep on taxpayers, too.

Rail is also a much more environmentally responsible shipping option than truck. According to the Association of American Railroads (AAR), on average, railroads are three to four times more fuel efficient than trucks and generate a carbon footprint that is up to 75% less than trucks.

Although rail has some significant benefits, autonomous trucks will still be an important piece of the transportation puzzle, helping to shuttle products to and from rail sites and to origins and destinations that aren’t served by railroads, just as they do today.

Loup is all about delivering innovative transportation solutions. For instance, did you know that, thanks to transloading, you can pair truck and rail to maximize your supply chain? And you don’t have to wait for technology to evolve to make it happen. Contact us to learn more.